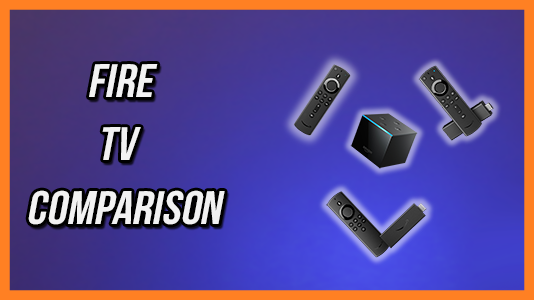 Automate Your Life Tutorials is a participant in the Amazon Services LLC Associates Program, an affiliate advertising program designed to provide a means for sites to earn advertising fees by advertising and linking to amazon.com and other Amazon websites.

The Fire TV Stick Lite supports dual-band (2.4 GHz and 5 GHz) 802.11a/b/g/n/ac and Bluetooth 5.0. This means that you can connect the Fire TV to most Bluetooth speakers headphones, video game controllers, and other Bluetooth devices. The big update is the addition of Bluetooth Low Energy (BLE) communication. The BLE addition is most likely Amazon’s way to prepare us for Amazon Sidewalk or the Connected Home over IP (CHIP) communication standard.

The Fire TV Stick also has dual-band WiFi and Bluetooth 5.0. Amazon has also added Bluetooth Low Energy communication – again, most likely to get ready for a whole new world of using the Fire TV system to manage the smart home. The Fire TV Stick Alexa Voice Remote has IR to work as a universal remote control for many IR-enabled devices. This feature comes in handy to control appliances such as fans and electric fireplaces, and other entertainment devices.

Amazon’s Fire TV Stick 4K looks like it didn’t need the upgrade, since it provided 4K UHD. It was ahead of its time back in 2018. I guess the Fire TV Stick 4K is not obsolete. The Amazon Fire Stick TV 4K boasts Dolby Atmos 7.1 Surround Sound capability.

When the Fire TV Cube came out in 2018, it blew people’s minds because it essentially allowed you to control your audio/visual receiver with your voice. The Fire TV Cube became the hub to manage all your entertainment devices in one. Alexa was able to control your TV, soundbar, A/V receivers, satellite boxes, and provide you with 4K video and surround sound. You could ask Alexa to manage all these entertainment devices for $119. With the power behind the Fire TV Cube, you could use the built-in speaker to manage your Alarm system, smart cameras, thermostats, light switches, and more.

The Fire TV Cube is capable of controlling a wide range of IR-enabled devices, soundbars, satellite boxes, and A/V receivers. It also uses dual-band WiFi, Bluetooth 5.0, and BLE technology. However, you can also hardwire ethernet into the back of the Fire TV Cube.

Four different Fire TV Devices. What’s the Difference? Let’s talk about the differences between the three (3) Fire TV Sticks, then talk about the Fire TV Cube.

User Interface: The all-new versions of the Fire Stick Lite and Fire TV Stick have Amazon’s newest interface called Streaming Essentials. It’s Amazon’s slick new way to access all your entertainment. This is not on the Fire TV Stick 4K.

Connectivity: Amazon upgraded the Fire TV Stick Lite and Fire TV Stick to have dual-band WiFi and BLE. This means that you can use the 5GHz band to help stream your video at the highest possible quality and connect to all your other smart entertainment devices.

The Fire TV Cube also has a built-in smart speaker so you can call on Alexa to help you manage your smart home even when the TV is off.

The Fire TV Cube has an IR blaster that can help control your Satellite, A/V Receiver, Soundbars, and your TV. If you can’t do that, most Bluetooth speakers work with the Fire TV Cube.

So, the special note here for the Fire TV Cube: is that for $119.99, you can get a built-in smart speaker that can manage the smart home and your entertainment experience in one device.

I hope this helps you with your Fire TV experience. There is so much more you can do with the Fire TV. You’ll find out more about it in the ‘Hidden Tips and Tricks For your Amazon Fire TV’ video below: