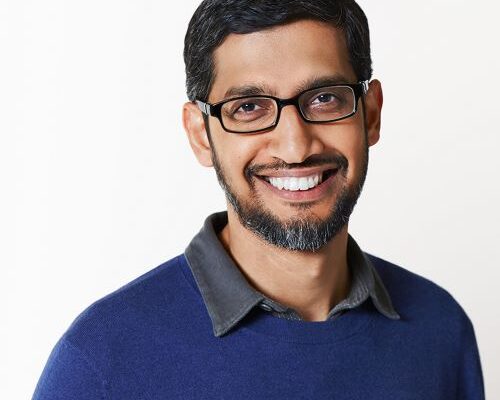 We were having a conversation here at Automate Your Life about Google’s investments in 2020. We were trying to figure out is: “what is Google up to, what are a lot of these tech companies up to, in the next year two? At the beginning of this year, we took the plunge and went to CES 2020. We saw a whole bunch of tech companies show their vision of the future. Amazon showed us how they were planning to integrate themselves into your lifestyle and the way you live every day by Alexa-enabled devices and appliances for everything. Google, for the most part, has been talking about the entertainment side of things. We did not see anything at CES 2020 that really popped out to us. However, later in 2020, we saw Google’s hardware event (Launch Night In), where they released the Nest Audio, Chromecast with Google TV, and the Pixel 5G; Google was all about personal entertainment and connection.

Automate Your Life is a participant in the Amazon Services LLC Associates Program, an affiliate advertising program designed to provide a means for sites to earn advertising fees by advertising and linking to amazon.com and other Amazon websites.

Google’s focus was more on entertainment and its ability to connect with people like the Nest Hub Max as opposed to the devices that we would use every day, like Amazon’s strategy.

Google has now released a phone model almost every 3 months in the last two years: Let’s go through them, including their announcement dates (according to GSMArena):

These dates are interesting since Google had bought out Tawain-based HTC (remember them?) in 2018. The Pixel 3a was one of the first phones to be created out of the former HTC manufacturing plants. Notice a difference between them and the Pixel and Pixel 2? I definitely notice a difference between my Pixel 2 and the rest of the Pixel phones. At this rate, we’re going to see Pixel 6 or a new series pop up very soon.

Google has invested a significant amount of money (approx. USD $1.1 Billion) in mobile hardware in 2018 to acquire the Taiwan-based smartphone brand HTC Inc. Those HTC engineers now work for Google building more mobile-based hardware like the Pixel. That should mean better phones in the next few years, right? Or, maybe more value.

But when we’re talking about Google’s investments, CEO, Sundar Pichai mentioned a heavy investment in Hardware in 2020. What does that mean?

For sure that includes the Pixel phones. Then you gotta think about their other hardware. What other hardware have you’ve seen upgraded or new lately? Or similarly, what devices have you not seen an update on?

Audio: We know the Nest Hub Max has some serious audio, but Google brought some of that premium sound to the Nest Audio; which replaces Google’s original Home Hub.

Entertainment: Chromecast with Google TV. Everything you want from Google, media and gaming all in one place.

Smart Home Devices: Google came out with the new Nest Thermostat; it’s budget, but the newly designed version of the Nest Learning Thermostat.

Smart Speaker: You’ve got the Nest Mini, which, Amazon did try to update the Echo and Echo Dot – maybe that was a hit or miss. So, maybe the Nest Mini is something that’s solid, in both smart home and audio. Don’t need to mess with that – but there is most likely an update similar to the Nest Audio; that’s my guess.

Now, when you think about the price of certain cameras right now, you think about the new Wyze Cam V3. That camera is going for $20 US, which is the same price as its V2, and it’s got some upgraded features; features that could compare to some of the Nest Cam features. Amazon also supplies security cameras like The Ring Cam which goes for $59.99 indoor, and up to $200 outdoor, or Blink which is up to $100 per camera. The prices for Smart Cameras are coming down.

The fact that the smart security camera prices are coming down probably plays into Google’s next hardware investment. Google is arguably the leader in mobile photography and video media entertainment; both hardware and software. So, you would probably expect that Google should be coming out with something new smart cam later this year or in 2021. According to one of Google’s FCC filing, maybe a wireless cam that integrates into a new Nest Security system.

So those are the things that I’m thinking about right now. Anyhow, we’ll stop right there, because talking about Google’s hardware technology could go on for ages. I just wanted to bring that to your attention that Google has invested a lot of money in hardware in the last year or so. I was curious about where that money was going, and what we should be seeing in the next 1-3 years.

The hardware investment in Pixel hardware is probably a lock. We have not seen a great deal on their cameras. Maybe, that’s next. But it shouldn’t be everything Google is investing in. They have a large swath of devices that could be #madebygoogle. Let’s see what happens.