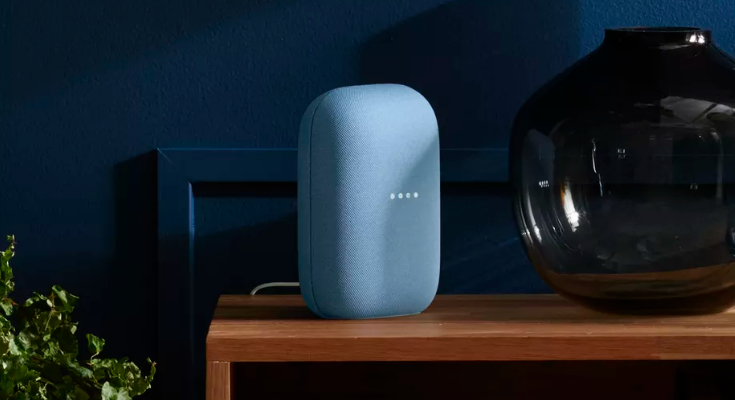 Google’s #madebygoogle 2019 event last year turned a few heads. This year, the virtual event is called Google Launch Night In. Google announced Stadia, the new Pixel buds, Nest Aware, Nest WiFi, and of course the great Pixel 4 packed the newest tech and photography. Google has been working on a ton of tech this year. Google showed off their new Google Meet which can be connected to all the Assistant-enabled Smart Displays. Google has become notorious for leaking their products ahead of launch events such as the one coming up tomorrow, September 30, 2020.

You can check out our Live Blog when the action happens here: https://automatelife.net/launch-night-in-live-blog/

What to expect from Google’s Launch Night In (My thoughts)

There are many websites showing off what the new Nest Smart Speaker is going to look like. Many say that Google’s new Smart Speaker is the replacement of the Google Home Speaker. I hope that the new Smart Speaker, whether they call it Nest or not, will have the newest Thread protocol, or support Bluetooth bridging to connect more of your devices further away from your main hub or WiFi router. Which leads me to my next hope, a WiFi router? The price? Some are saying that it will cost around $100.

Last year, Google showed off the new Nest WiFi mesh. It has a built-in smart speaker and amazing sound quality. However, the Nest WiFi router did not support WiFi 6. I’m thinking this is a good time to get a leg up on the competition. (Eero just announced WiFi 6 support). Maybe Google could announce that they have WiFi 6E?

For those who have not experienced Android TV, this might be a treat. Google has been working on a device codenamed Sabrina for some time. It is rumored that the device will be Google’s mass streaming device for Android TV, media streaming, and Google’s Stadia. So, I think this is where the event starts making our hearts beat faster since the possibilities become endless to most of Google’s consumers.

Google has been working on releasing a mobile phone in the 5G marketplace. Considering how Google has most of the searchable information at their fingertips, it might be the easiest way for Google Assistant to get you information and respond to whatever you need. The rumors surrounding the new Pixel 4 5G and the Pixel 5, shows that the new Pixel 5 5G will come in black and green… Google recently released the Pixel 4A which was considered a mid-entry or budget phone with most of the bells and whistles as Pixel 4. The Pixel 5 will hopefully unlock the potential of Android 11, with its ability to connect our home to smart home automation.

I think if Google is using this event to show us how they keep everyone connected, then it makes sense to talk about the wearables that we use every day. We use our watch, listen to media, and play. I’d expect to see Google show off their new wearables prior to the holiday season. It just makes sense from a consumer level. I would expect improvements in the Pixel Buds – there was some feedback. However, wouldn’t be cool if Google came out with some sort of arm-band (blood pressure, heart monitor) or worked out a deal with a wearable tech provider so you could keep track of your health during the day? Again, this is me dreaming of what’s possible. Maybe I could encourage you to dream with me.

This might sound a bit off, but that’s ok. It’s my blog. Ok, Google’s competitors showed off their entry into the personal drone market. Samsung has Ballie. Amazon has the Ring Always Home Drone cam; so Google, you ready? Like an actual hummingbird coming out of the ‘Nest’? I’ve been thinking about that for a while – like a swarm of drones going after a burglar.Ok. I jest. I jest. But it’s not far off, right? I would love to have Google Assistant helping me out during my day, shining a light when I’m working on projects in the dark or in the garage. Or even displaying information like a projection on the wall.

This is just me, but I’ve been anticipating how Google will connect all your smart home devices together. Google has been working with all the major tech developers to build a new communication standard, called Connected Home over IP. It should open up the possibilities of automating the home and help people live safer. I don’t want to go so far on this. Maybe it’s still in the works for 2021.

Those are some of my thoughts. I enjoy dreaming about the possibilities. I think Google might have another device or line of products under their sleeves for tomorrow’s event. I’m thinking more about the Nest Protect system, or even how Google’s ambient computing will be able to predict what you want before you get there. Remember when Google couldn’t say a sentence without saying Ambient Computing? Then there is the neural processing – is that going to be in the new devices, like the Pixel 6? These are the things that Google has not leaked anything about… I’m must be dreaming again.